The Lowdown On High-Rise Syndrome: What It Is And Why It's A Potential Threat To Your Cat 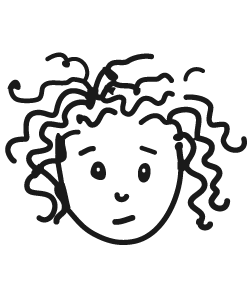 Hi there. My name is Taylor Polk. Welcome to my website. I am here to talk to you about the supplies and equipment used by vets in taking care of dogs, cats and other animals. I will share information about the diagnostic equipment used to identify the illnesses and injuries affecting animals of all kinds. I will also cover the supplies used in the treatments of all the most common conditions handled by veterinarians. Please feel free to come by my site daily to learn all you need to know about vet care equipment and supplies. Thank you for coming by.

The Lowdown On High-Rise Syndrome: What It Is And Why It's A Potential Threat To Your Cat

With warmer weather, you might enjoy leaving your windows open, but if you have a cat, this could be very dangerous. Contrary to the popular saying, cats don't really have nine lives, nor are they capable of falling from any height and landing on their feet. Open windows that aren't accompanied by secure screens are a serious threat to felines and something every cat owner should be aware of.

What High-Rise Syndrome Means At An Animal Hospital

High-rise syndrome is a term ascribed to the phenomenon of cats falling out of windows from floors that harm them. The situation is common enough that vets coined a term for it, meaning it's happening too often. While it is true that cats are great at landing on their feet in many circumstances, due to their exceptional ability to right themselves during a drop, some distances are simply too much.

Some injuries seen by animal hospitals are superficial; however, more often, they're very grave. Your cat may break bones in his legs or jaw, but he might also suffer a collapsed lung or other internal trauma. Depending on the height of the fall and other factors, a cat might have barely a scratch or life-threatening injuries. Either way, it's vital to bring the cat, carefully, to an animal hospital for an immediate examination.

How To Respond If This Ever Happens With Your Cat

Cats are very clever at hiding illness and injury, so you might think your friendly feline has escaped harm after falling from a high place, but since he could be injured internally, a veterinarian will most likely want x-rays. The cat could be in shock, too, confusing the issue of possible injuries. Carefully pick your cat up, with a bundled towel if you think he might get angry, and gently place him in his carrier. If you think he's really hurt, don't force him inside; find some other way to secure him for the trip to the vet's office. Note the approximate distance of the fall your cat took, too, so the animal hospital has a better idea of what to look for.

Since you probably don't want to keep your windows closed all the time, you need to take active steps to prevent this situation from ever happening to your fluffy feline:

Discuss your concerns with the landlord, neighbors, or maintenance professionals in your building. Chances are good that others have encountered these dangers and found possible solutions for them. You're better off being uncomfortably warm than endangering your cats, though, so don't risk this dreadful syndrome in your feline abode.

Cats are worshiped the world over (as they should be) but, sometimes, unintentionally left in harm's way. Have a look around your home and make sure your pets are safe everywhere, but definitely check those screens.

To learn more, reach out to an animal hospital such as Kenmore Veterinary Hospital.